STANDARD MEASURE FOR A SHOE OBSESSION

I think it was Bette Midler who said, “I believe with the right footwear, one can rule the world.” She was definitely on to something. My sister told me that she and her daughter set the standard for their shoe obsession based on an experience I had with a pair of Stella McCartney stilettos.  I’m just going to tell it like it is:  I called a boutique in Kuwait to find a pair of Stella McCartney shoes I had been obsessing over.  These were no ordinary shoes though. They were the first of it’s couture kind: vegan friendly, faux patent perfection, and made by a Beatle’s daughter (a fashion rock star in her own rite).

In college I ate Top Ramen noodles for a solid month to save money to purchase a pair of YSL platforms that I definitely could not afford.  I delayed rent money (a.k.a Peter) in order to pay Neiman Marcus (a.k.a Paul).  You get my drift. So here I was, post 9/11.  The world was obsessed with Saddam and I was obsessed with Stella.  McCartney had just stepped out on her own after an amazing eight seasons with the house of Chloe.  She had me at “hello” with these shoes.  I was in deep. Real deep.

Before the fashion world hit the internet market, one had to cold call the stores to find what they wanted. If you were not a celebrity with a platinum credit card, you ranked low on the fashion food chain. It was not looking good for lil’  ol’ me.

Having sold out of all size 7.5’s in the entire continental United States, I turned my sights on Europe.  A hundred dollar phone bill later, I still didn’t have my Stella’s.  Now I was pissed, mixed with a little desperation. Last ditch effort: the Middle East. I had heard that women spent an exorbitant amount of money on shoes, so they were locked and loaded with all the latest boutiques. After several phone calls and a quick practice of “hello, do you speak English?” in modern Arabic, I found my shoes in Kuwait. You know, the lil’ ol’ country to the south of Iraq. The one that Saddam invaded. The irony!

For all I know, I have an FBI file because of these shoes.

Who the hell cares! 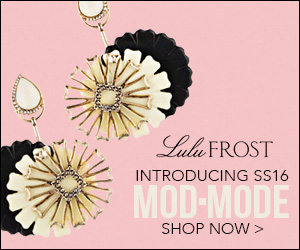